One of our Bluefruit colleagues recently visited the National Museum of Computing at Bletchley Park which hosts the world’s largest collection of functional historic computers. The museum enables visitors to follow the development of computing from the ultra-secret pioneering efforts of the 1940s through to the large systems and mainframes of the 1950s, 60s and 70s, and the rise of personal computing in the 1980s and beyond. It’s something of a must-do for any programmer who finds themselves in the Milton Keynes area. Let’s have a look what amazing stuff he discovered!

The first thing you see when you walk into the museum is a collection of the first Lorenz cipher cracking machines. There were collections of machines for different processes converting the electronic signals to binary signals on a ticker tape, which is then translated by eye to a punch tape. The tape took a convoluted path through a machine named the Robinson (After Heath Robinson’s mad creations), which would compare two tapes side by side for repeated patterns to find the cipher settings. This was then entered into the tunny machine, a computer emulation of the Lorenz machine, so the message could be printed. 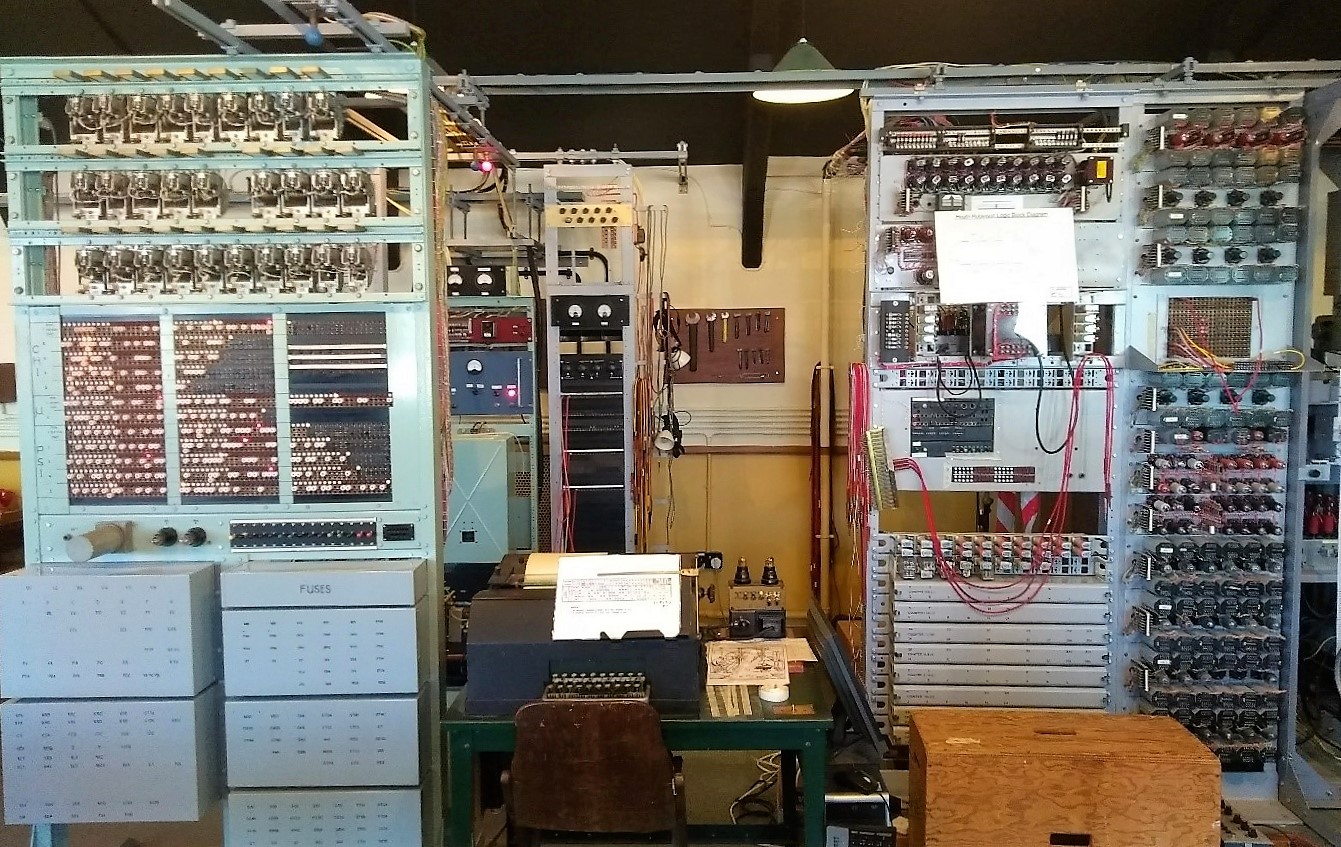 This amazing computer took code breaking to a whole new level, automating the process and speeding it far beyond human capability. It is amazing to see how little processor block diagrams have changed since the 40s. It is easy to get hypnotized by the rhythmic clunk of relays as the machine runs. 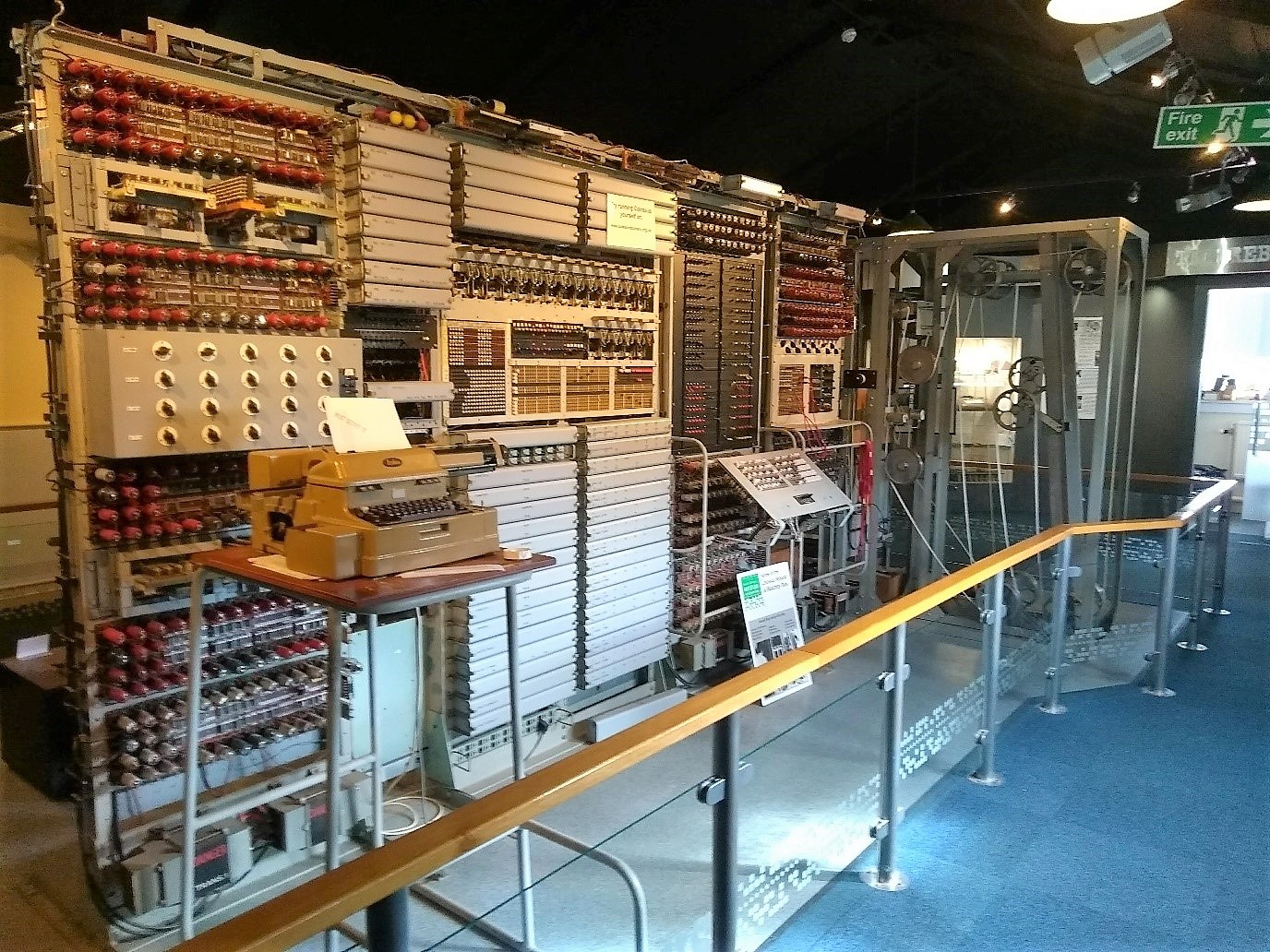 This machine was always classed as slow, even in the 1950s. But when it was created taking 5 seconds to perform a multiplication sum was a marvel of reliability, as was the machine being able to be left unattended for days at a time, something we take for granted today. On a more basic level, the spinning lights of the Dekatron tubes make for a beautiful display of visualised computing. 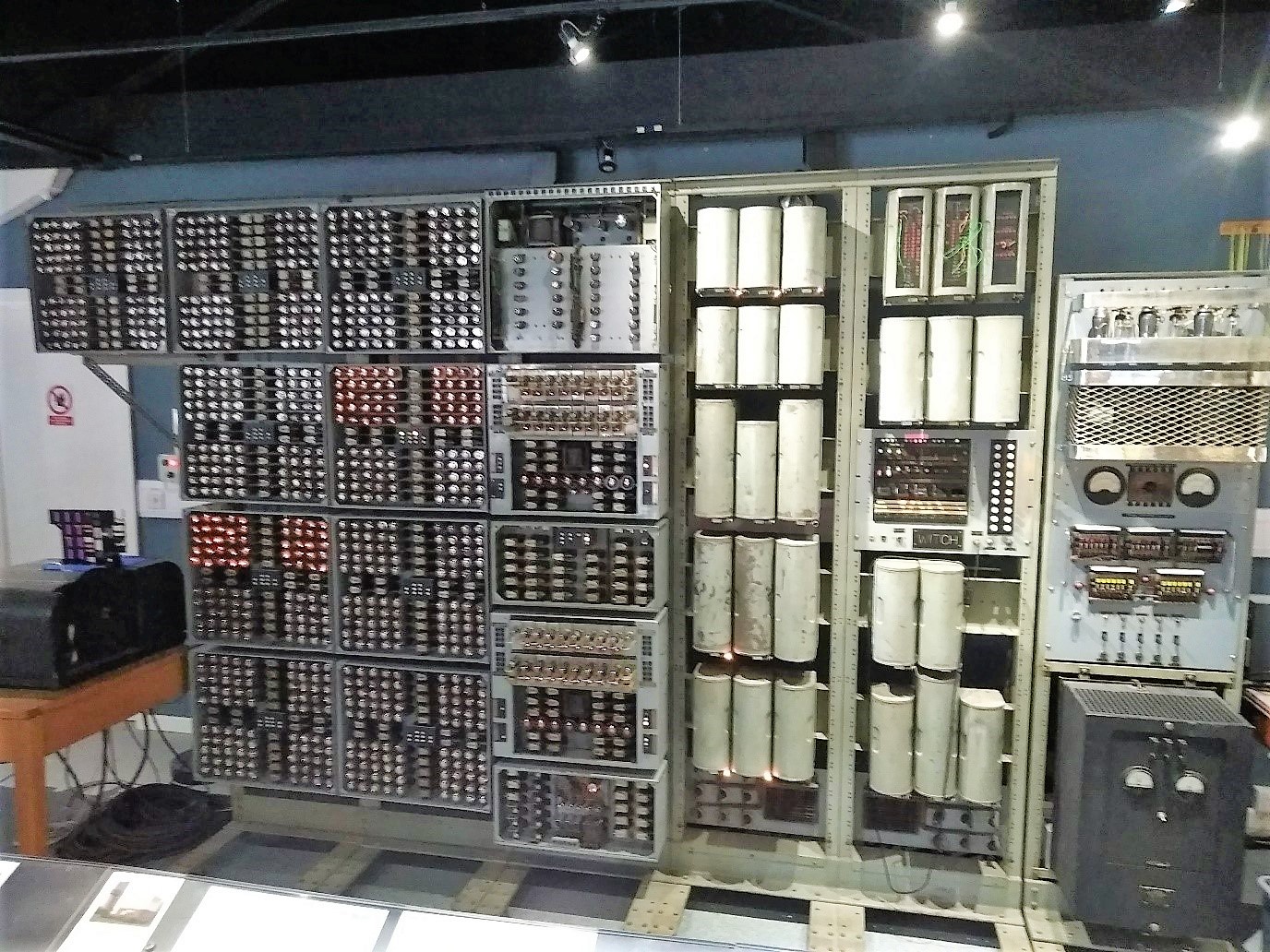 EDSAC was the second stored-program computer. It used sound waves traveling through mercury on a continuous loop to store data and instructions. The instructions could be read out as raw binary on a cathode ray tube. The reproduction is being built with coils of wire instead of mercury, as the mercury was very sensitive to changes in temperature. 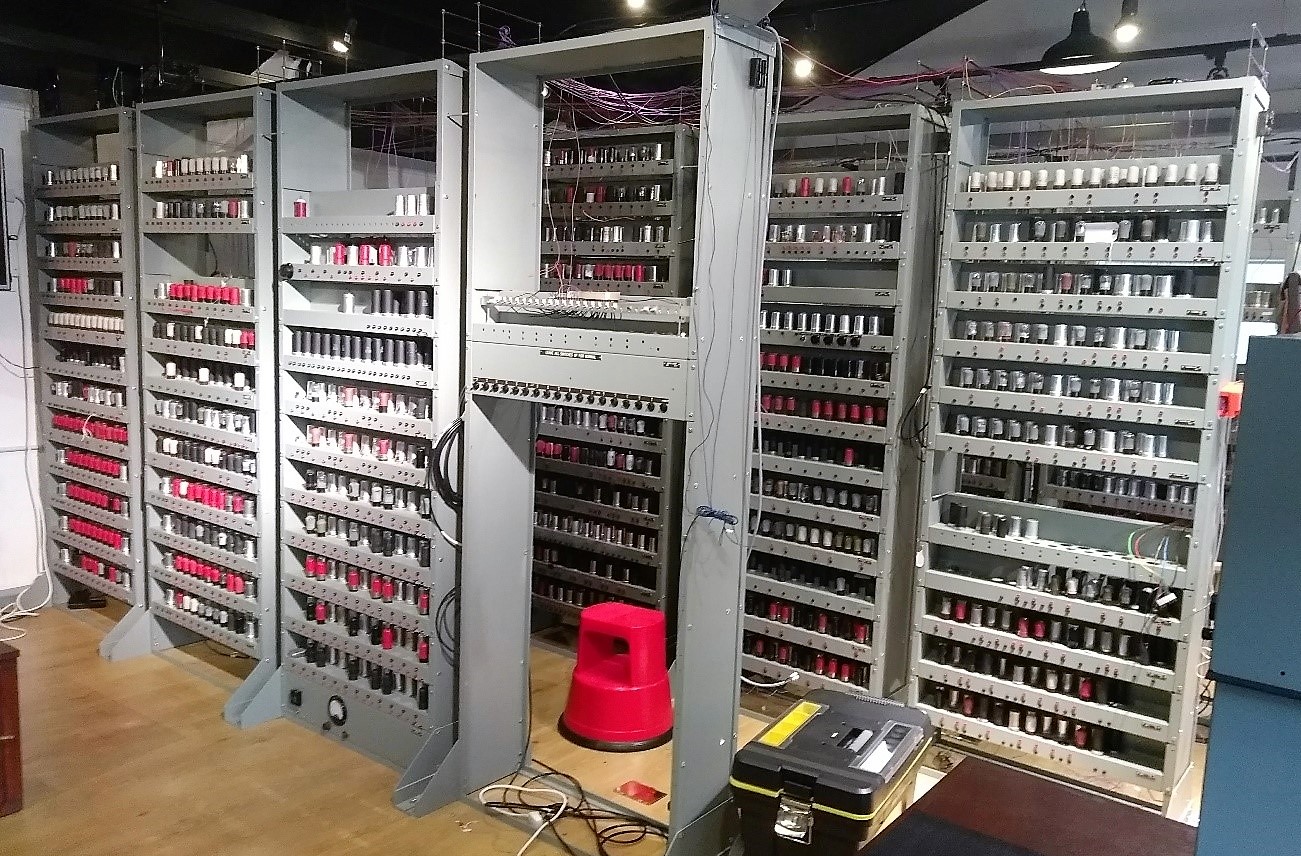 These demonstrations really bring the history alive for those who think computers are things with a touchscreen – or nostalgia for those who don’t. 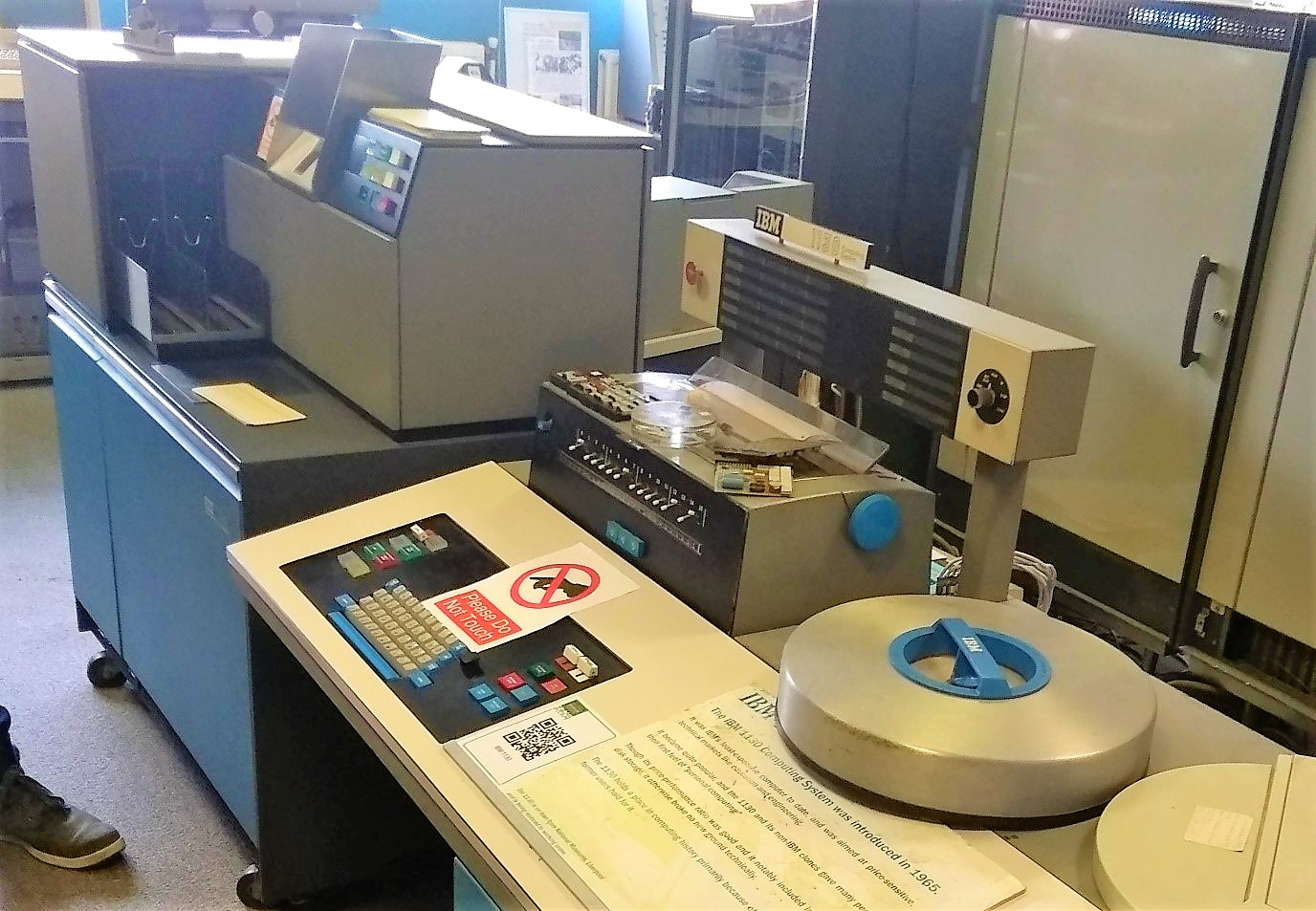 Everything up to this point has been a wall of valves, each looking little different from the last. This offering from IBM demonstrates a real leap towards making computers for the modern office environment.

The museum is staffed by people with a real passion for their field of knowledge and more than happy to take the time to talk. Although I didn’t make it to the newer parts of the museum, the explosion of personal computing is recorded from the 1970s up to the present day and a huge section on the history of programming. I will definitely have to take a trip back to see the rest of the exhibition.