Written by Annette Zander, Marketing Manager
Last week we not only celebrated St Piran’s day (the national day of Cornwall), we also looked into the future with a number of events, exploring new opportunities within Cornwall’s growing Aerospace sector.

On Tuesday we accepted an invitation from Cornwall and Isles of Scilly Local Enterprise Partnership to listen to the Cornwall and Isles of Scilly Space Action Plan 2018 -2030 covering how businesses can get involved with the emerging space sector in Cornwall. Held in the stunning Mediterranean Biome at the Eden Project, we learned more about Cornwall’s bright and diverse future.

On Wednesday, we gathered at the small-scale manufacturing workshop for (aero)space at the Goonhilly Earth station. The workshop provided some great insights on current and future (aero)space manufacturing plans from within the county, followed up by a lively roundtable where individuals discussed their visions in more detail matching expertise to see if collaborations in this area can open up new business opportunities within the Southwest. 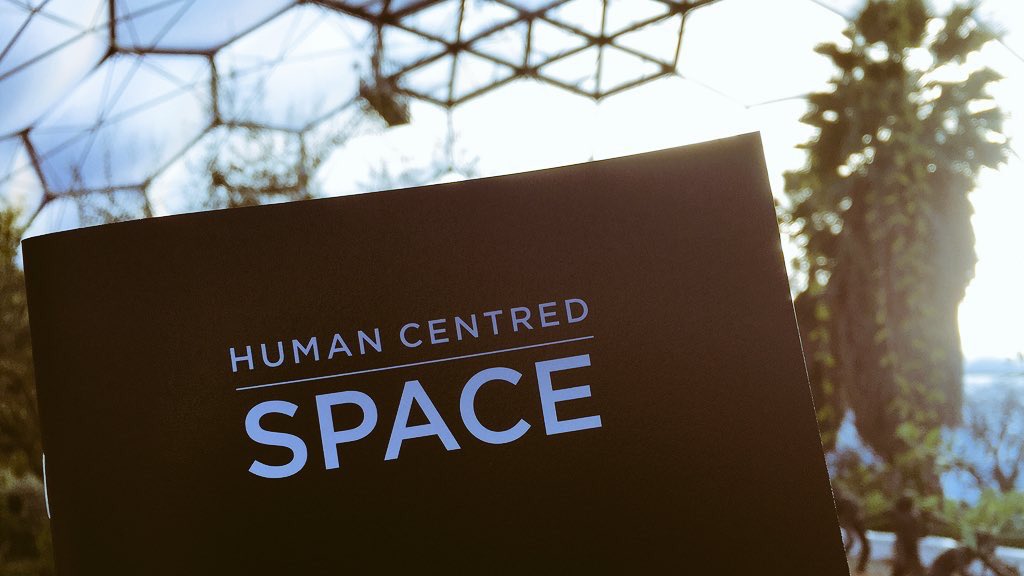 What is all the buzz about Aerospace in Cornwall?

If you thought the Tesla floating through space was impressive, you should know, Cornwall was way ahead of Mr Musk. Hayle Community School launched a Pasty into space last year. So at least we can ensure future astronauts won’t be going hungry.

On a more serious note, Cornwall actually has a history of serving the space industry. Cornwall’s Goonhilly Earth Station is one of the most recognised names in the Space Industry. It’s famous throughout the world for being one of three earth stations involved in the first trans-Atlantic TV transmission in 1962. Goonhilly beamed the Moon landings to millions of viewers in 1969 as well as the Live-Aid concert in 1985. It took part in almost every major satellite communication development, becoming the UK’s main route for international telephone calls via satellite and it was the largest ground station for the INMARSAT network. It was present at the birth of Intelsat, Eutelsat, and Inmarsat, as well as the birth of the Internet, providing the critical networking that connected the USA to Europe. Most recently Goonhilly Earth Station has received an £8.4 million investment to create the world’s first commercial deep-space communications station, capable of tracking future missions to the Moon and Mars. 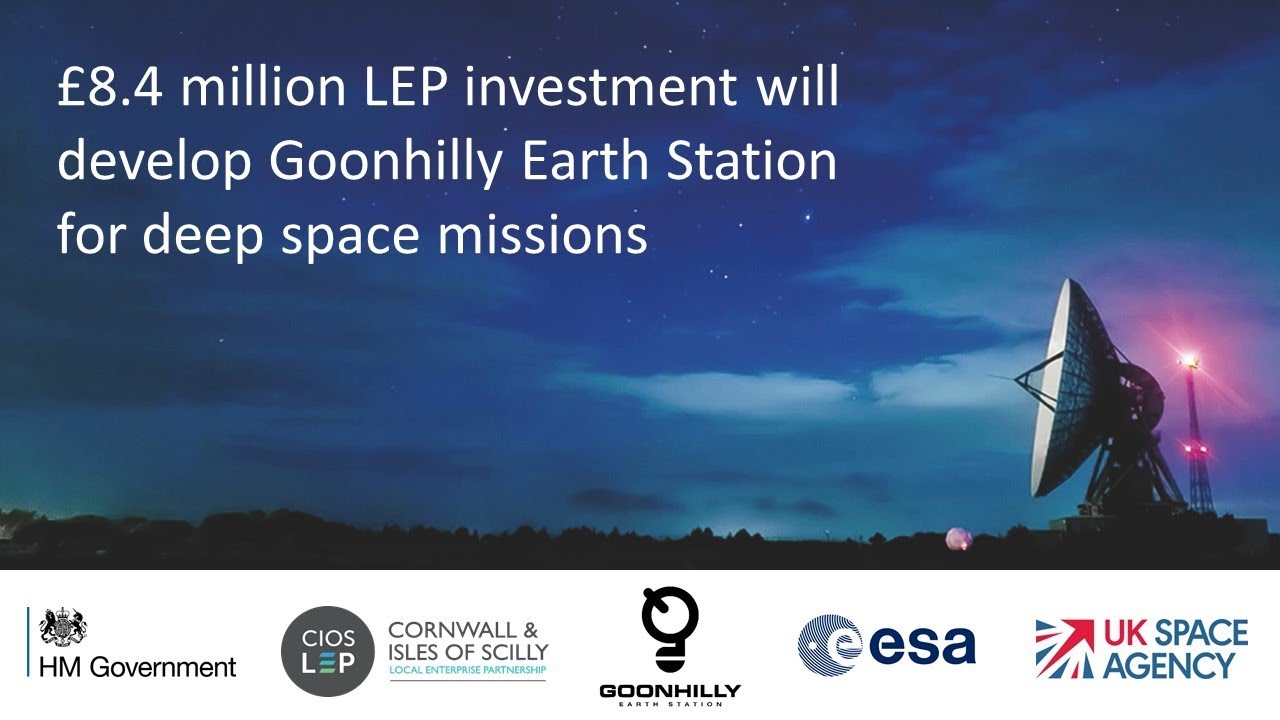 Cornwall Airport Newquay is the fastest growing airport in the UK, compromising one of the longest runways in the UK – which makes it the proposed location for the UK’s first spaceport. Earlier this year, Cornwall placed this bid to establish a spaceport and we are expecting to hear by the end of March if Newquay Airport has been successful selected, opening up the potential for partnering with world famous commercial launch operators. By developing Spaceport Cornwall, we will be able to conduct low-cost space travel by a globally recognized horizontal launch and testing site. That means we will launch human space flights, satellites, and other airport services from Newquay. Not bad for a town currently known primarily as a surf destination. 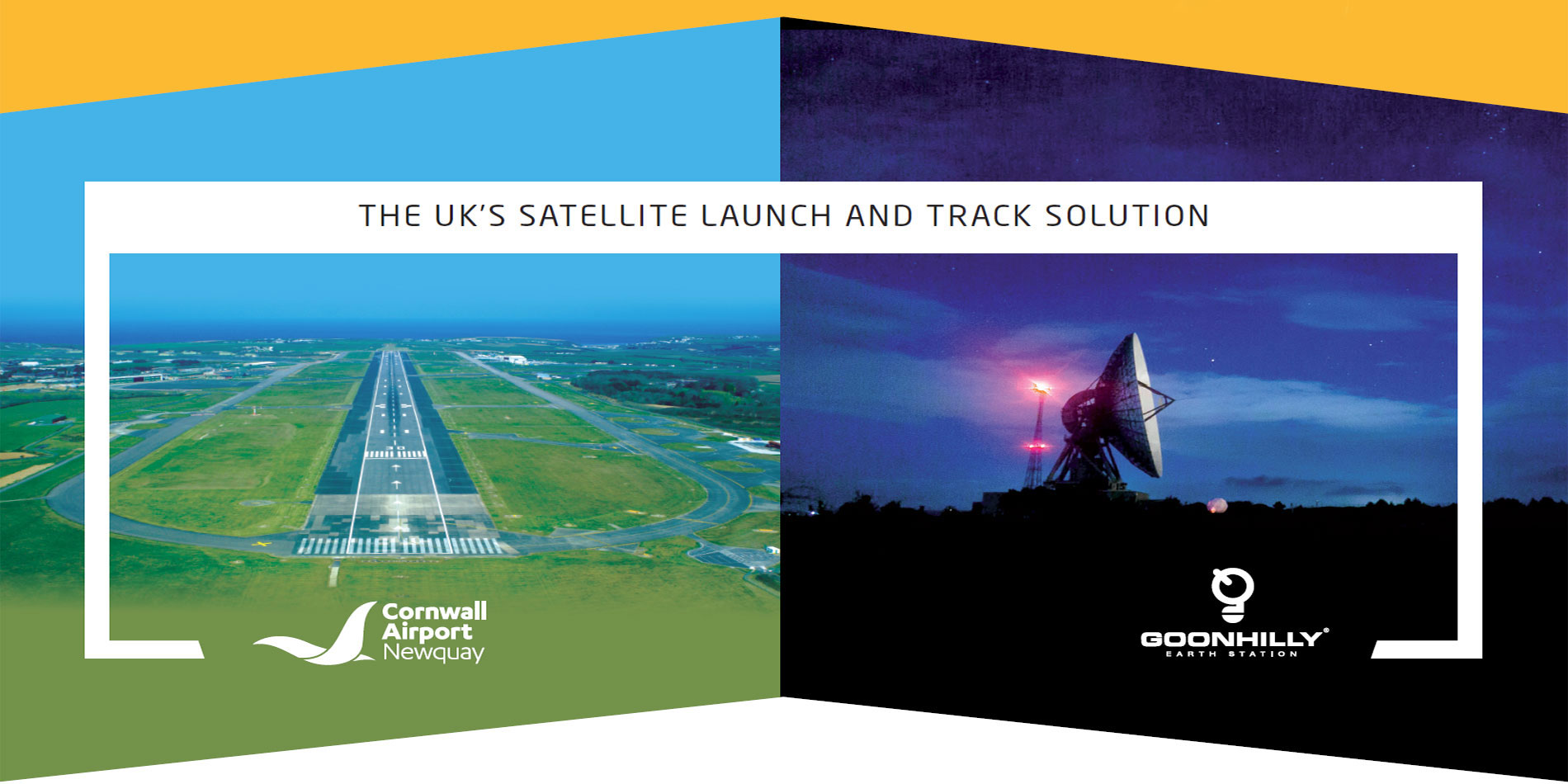 Rounding it all off, last year Bodmin Moor became the first International Dark Sky Park in an Area of Outstanding Natural Beauty! Basically, the quality of the night sky over Bodmin Moor is amongst the best in the world, thanks to its low levels of light pollution.

So what does this mean for the people of Cornwall?

The Human Centred Space vision has the very real potential to dramatically shape an impressive future for Cornwall.
●   Jobs: By 2025 around 1,000 new and high paid jobs could be created within the space tech industry in Cornwall. From low-orbit satellites (which we will see in the future more often) to
deep-space monitoring and mission control – these projects will bring a wealth of job opportunities. That also includes other opportunities such as maintenance and supply-chain activities. By putting Cornwall and its people at the heart of the space development, the number of jobs will increase significantly till 2030, with numbers hitting up to 9,000.
●  Education: The upcoming job opportunities will influence a whole generation of youngsters to step into a STEAM /STEM career. Cornwall will benefit from improved access to higher education, academic courses, and more apprenticeships in that sector. Most importantly: our youngsters might not only take up one of those future jobs, but with the right opportunities could become the future innovators that up-skill our future workforce.
●  Acceleration, Innovation, and Incubating: Cornwall’s position as a Space Tech Cluster could potentially provide an acceleratoration for space start-ups, investors, and the larger supply chain. This could bring a number of new opportunities to the already established Cornish tech and manufacturing sectors.
●  Infrastructure: With an increase of new jobs, we will also see an increase of housing development, new schools, new roads – a whole new infrastructure that will continue to improve living standards. This not only includes connectivity by air, rail or road, but also continued enhancement of our digital connectivity.
●  Post-Brexit: With the possibility of a hard Brexit, this is Cornwall’s chance to create a strong pillar to cushion negative effects.
●  Knowledge Transfer: Space is not only launching rockets into a sky, it also has a huge impact on our lives – from communication and entertainment to navigation and climate science. By pushing aerospace and its technology further, a few other of our Cornish sectors will prosper: Mining, Marine, Renewable energy, and e-health (such as new treatments and technologies for our always stressed NHS system).
●  Presence: From Mission Control, to launching satellites and smaller rockets into the sky, and of course receiving data and distributing it all around the globe – Cornwall and its Aerospace sector will put us onto the map worldwide in one of the world’s fastest-growing sectors.

All well and good, but we are still facing some challenges…

Besides all those opportunities, there are also some critical voices to be heard and Cornwall has to do some homework.

Cornwall and its space activities are currently in a bit of a big bang stage. All of the potential for greatness is there, but its all still a bit chaotic at moment, waiting for that connecting spark that brings everything together and kicks things off with a bang. There is a lot of work still be done to get all the moving pieces working together like a cohesive and well-functioning solar system. It’s believed that during the big bang a vast amount of energy was set free – and we do hope that Cornwall finds its way to harness this energy to answer the question on how we are going to tackle this. What is the actual outcome of the CIoS Action plan? As a business in the region, how can we contribute our knowledge? How can we prepare ourselves?

Like many other Tech companies here in Cornwall, we are always trying to attract and train more highly skilled people . The aerospace sector must find answers on how to fill these positions that might come up. How do we attract and entice people from other regions, even from other countries, facing the fact of a Brexit and intense competition from countries like North America or Russia that are leaders in this sector? How do we train people that are already here?

One thing is for sure, there are still many questions to be answered. This is a very exciting time to be in Cornwall and we believe that 2018 will be a pivotal year for the county. Sadly, today one of the world’s biggest space pioneers and visionary, Stephen Hawking, passed away. We’d like to end with one of his quote:

“Look up at the stars and not down at your feet. Try to make sense of what you see, and wonder about what makes the universe exist. Be curious.”

We hope that Cornwall looks up to the stars, stays curious, and continues to find our place within the universe.