It’s no secret that Mob Programming is one of our favourite new Agile techniques here at Bluefruit.

It has been just a year and a half now since Nancy Van Schooenderwoert joined us for a week to teach us about this exciting new method for achieving quality code, and we’ve learned so much about this practice within that time. So naturally we were delighted to be asked to attend and speak at the first ever Mob Programming Conference in Boston to discuss our experience and host some mob sessions.

Mob Programming involves getting several programmers together (this could be anything from 5 to 10 people in a typical scenario) with a large projector screen and one person controlling the computer and keyboard (they’re called the Driver). The rest of the programmers involved are called the Navigators, and they must all work together as a team to write the code, or solve the problem, in front of them. This practice is designed to create exceptional quality code due to the combined knowledge, experience and eyes working on it at one time, and also reduces the need for extra reviews and feedback loops. 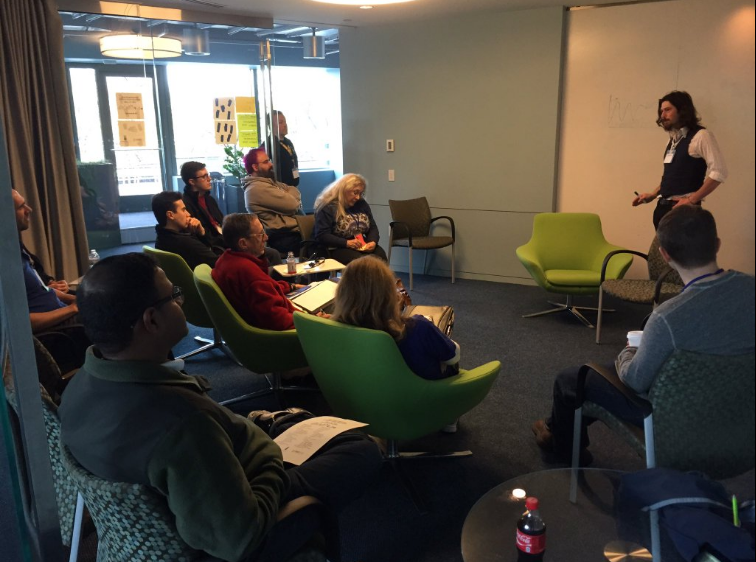 We sent one of our developers, Jeremy, across the pond to join the mix of new and seasoned Mob Programming practitioners at the Microsoft Nerd Center. With around 55 attendees from across the US and parts of Europe, the conference was a huge success for its first ever set up!

With keynotes from Woody Zuill (one of the founders of the Mob Programming) and legacy code expert, Llewellyn Falco, as well as talks, workshops and mob sessions hosted throughout the two days, the conference provided a truly immersive experience, and left many attendees who were new to the practice buzzing with excitement.

One of the workshops involved using the Mob Programming methodology in a whole new setting; writing an article. Jeremy, along with seven others, sat down to co-write an article about the conference together…

Read the result along with their take on the conference.